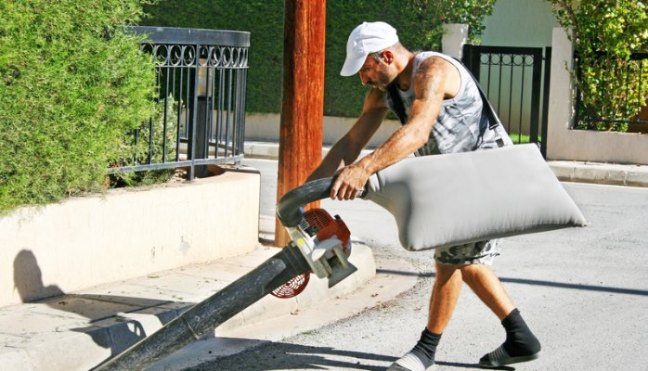 According to the Bureau of Labor Statistics (BLS) injury rates rise during the summer months. Seasonal variations in injury rates are understandable. When summer rolls around, companies in many sectors, including agriculture and construction, significantly increase production. Increased road construction raises risks for workers and drivers. Many of the newly hired workers are young and inexperienced, creating a high potential for workplace injuries.

Toiling in the sun is also a leading cause of weather-related injuries, including heat stroke, heat cramps and heat exhaustion. Heat illnesses occur when the body overheats to the point it cannot cool off, even with profuse sweating.

Too often, young workers enter the workforce with little or no on-the-job safety training, heightening safety risks. Recently, the Washington State Department of Labor & Industries released a report showing that teens are twice as likely to be hurt on the job as adults. In Washington state, a total of 547 youth age 17 and under were injured in the workplace in 2014, up nearly 14.7 percent over the previous year. Of the total, 173 were in the food and hospitality industries. The next largest total, 80, was reported each in the retail trades and agriculture.Falls to the floor increased 77 percent, to 55 cases, as the chief cause of injury.

Young workers, ages 14 to 24, have more accidents because they lack the knowledge, training, and experience to prevent them. Some common issues employers encounter with young workers include:

While inexperience and lack of training contribute to the higher incident rates among young workers, it’s also important for supervisors to recognize the physical, cognitive, and emotional developmental differences between young and adult workers. It takes extra effort to train and supervise seasonal employees to work safely. Here are some training suggestions:

While there are many excellent resources on dealing with heat, some of which are listed below, it’s important for employers to recognize that there are individual differences among workers and those who are struggling may be hesitant to complain. The American Society of Safety Engineers calls heat the “unseen danger” at construction sites because the symptoms of heat illness can be subtle and misinterpreted as mere annoyances rather than signs of a serious health issue.

Workers new to outdoor jobs are particularly vulnerable. Implementing an acclimatization program, providing adequate water and frequent breaks is critical, but the best way for employers to prevent heat illnesses is to consistently interact with workers to gauge how they’re feeling and provide current information on weather conditions. Also, using apps, such as OSHA’s Heat Safety Tool, is a good way for workers to monitor their risk levels.

OSHA launches its Campaign to Prevent Heat Illness every summer to raise awareness. It provides worksite posters and training materials for employers, including tips on heat stress prevention strategies.

This year the agency has updated its Heat Safety Tool phone application, which is available for download on iOS and Android devices in English and Spanish. Workers can use the app to calculate the heat index at their worksite and determine heat illness risk levels. The app includes information for workers to monitor themselves and others for heat illness signs and symptoms.

The Centers for Disease Control (CDC) offers recommendations at http://www.cdc.gov/NIOSH/TOPICS/HEATSTRESS/

California has one of the strictest heat illness prevention standards and information can be found here.