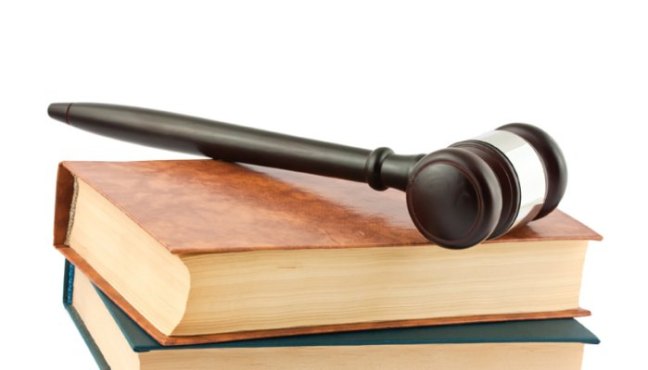 Proposed accommodations must be effective and reasonable

In Dones v. Brennan, a Maryland federal court ruled that the United States Postal Service (USPS) may be required to provide a disabled employee with a swivel chair to alleviate neck and back pain. The employee submitted a doctor’s note to USPS stating that he shouldn’t twist his neck while working and that he needed a “swivel chair,” but the USPS responded by providing modified job duties and a “rest bar.” The employee claimed this was insufficient to alleviate the pain, and continued to make requests for a swivel chair, even offering to pay the costs. After repeated denials, he was directed to submit his request to the Department of Labor. In response, he retired and filed suit.

In Wilson v. Iron Tiger Logistics, Inc., the Third Circuit recently affirmed a decision to dismiss a truck driver’s claim that his frostbite constitutes a protected disability. While unloading trucks in approximately -25 degree weather in Canada, the driver suffered frostbite on several fingers. Following a worker’s compensation leave, he returned to work with restrictions to avoid prolonged exposure to cold and to be able to warm his fingers immediately upon feeling fingertip pain. Accordingly, the employer directed him to wear gloves, to take breaks to warm up his hands, and to use customers’ indoor facilities to warm up.

When he was scheduled to make a delivery in Ottawa, he refused, was terminated and sued for disability discrimination. The employer argued that frostbite does not render the employee “disabled” within the meaning of the ADA and the federal district court and the Third Circuit court agreed that there was not sufficient evidence to prove that there was a physical or mental impairment that substantially limits one or more major life activities.

In Law-Clark v McCleod, the commission affirmed an award of permanent and total disability benefits to a 38-year old woman who, after a carpal tunnel surgery, was unable to use her arms or legs and claims she can barely walk and needs home nursing six hours a day. While an Administrative Law Judge (ALJ) found her contention that she had complex regional pain syndrome (RSD) inconsistent with multiple medical experts and looked more favorably on the employer’s expert opinion that the employee had conversion disorder, he disagreed this was not substantially caused by the accident and was related to a personality defect, which could be addressed with psychological intervention.

The ALJ concluded that the conversion disorder flows from stress and that since the symptoms came after her surgery, then surgery was the “obvious” cause of stress. The commission affirmed the award for total disability and open medical to treat her conversion and major depressive disorder.

In Horan v. Nassau BOCES, a negligence action filed by a teacher’s aide against her employer and an assistant principal following an incident in which the aide was assaulted and beaten by a student was barred by the exclusive remedy provisions of the Workers’ Compensation Law, held a federal district court. The aide, employed at a facility that served troubled teens, alleged that on more than one occasion, school staff members watched and took no action as she was bitten, kicked, punched, thrown against walls, desks and radiators, had chairs, desks and books thrown at her and was spat upon while attempting to physically restrain a student.

An appellate court affirmed the Industrial Commission’s decision that an injured worker’s request for assistance with housekeeping, cooking, and personal hygiene were “ordinary expenses of life” that would have to be performed regardless of the injury and that the employer was not obligated to pay the expenses as part of the injured worker’s “medical compensation.” The court added that even assuming arguendo the worker’s request for assistance with “personal hygiene” did not constitute an “ordinary expense of life,” it agreed with the Commission that expenses were not compensable because they were not related to the compensable back injury. Milligan v. Winston-Salem/Forsyth County Schools, 2015 N.C. App. LEXIS 927 (Nov. 17, 2015)

The case of Gahring v. Workers’ Compensation Appeal Board (R and R Builders and Stoudt’s Brewing Company), involved a worker who was injured, had back surgery, and settled his case in 2002 with his employer. In 2010, while working for another employer as a line cook, he informed his employer than he was experiencing back pain after they had increased his hours. As a basic rule, notice of a work injury in Pennsylvania must be provided within 120 days of the injury and the question of what constitutes notice is addressed in this case.

While a Workers’ Compensation Judge (WCJ) and Appeals Board (WCAB) found the notice was not sufficient and denied the Claim Petition, upon further appeal, the Commonwealth Court reversed, finding the lower decisions required notice to be more detailed and specific than is required. The Court clarified that, “A claimant need not state with certainty that the injury is work-related, as long as employer is informed of ‘the possibility it was work-related.'” The statement that the extra hours were causing increasing back pain should be seen as sufficient notice.

In the case of Chesik v. Workers’ Compensation Appeal Board (Department of Military and Veterans’ Affairs), the injured worker suffered a cervical sprain/strain injury in 2009. Upon learning that the injured worker had moved to Nevada in 2013, the workers’ compensation insurance carrier filed a Petition to Suspend, alleging “Claimant has moved to Nevada and has voluntarily removed herself from the workforce…”

The injured worker noted she had moved to a warmer, drier climate for medical reasons that were not work-related. She also noted she “retired” from her employer in October 2012, and applied for a disability pension in December 2012.

A WCJ granted the Suspension Petition concluding the employee had voluntarily removed herself from the workforce and the WCAB affirmed. However, the Commonwealth Court found that merely relocating to another state in the US “does not constitute a voluntary removal from the workforce” and reversed the decision.

In Pinkus v. Hartford Cas. Ins. Co, an employee who traveled from his home base in North Carolina to Dallas on a business trip did not sustain injuries arising out of and in the course of his employment when he was involved in an automobile accident going to meet his son, a Dallas resident, for dinner at a restaurant, held an appellate court. While under the “continuous coverage” rule, a traveling employee generally enjoys broad coverage when out of town on a business trip, exceptions arise when an employee deviates from the business purpose of a trip for purely personal reasons.

An appellate court found that a worker who suffered an eye injury on the job isn’t entitled to workers’ compensation benefits for vision loss associated with his pre-existing glaucoma. Medical treatment was paid under workers’ comp for a driver employed by staffing firm, TransForce Inc., when a customer became angry and hit him in the left eye with a box. The employee alleged that this injury aggravated his pre-existing glaucoma, leading to vision loss, but the court disagreed. The14th Court of Appeals in Houston noted that while the aggravation of a pre-existing condition is considered compensable, “a claimant need not provide expert testimony, but must have evidence showing a reasonable medical probability that the compensable injury contributed to, or probably contributed to, the aggravation of the pre-existing condition.”