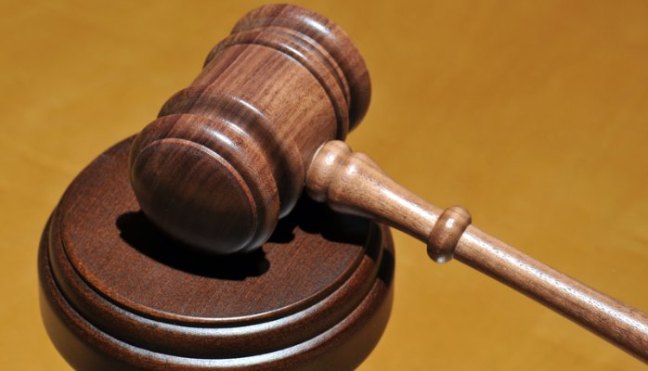 The lawsuit, Page et. al. v. Parisotto et. al.,alleges that injured female workers are denied equal disability benefits because of systemic gender bias. Filed against state agencies that oversee workers’ compensation benefits, the suit on behalf of several women injured on their jobs, as well as the 700,000-member Service Employees International Union in California, seeks class-action status. Permanent disability benefits are often reduced, the suit claims, because an injury or condition is linked in part to gender-based “risk factors” like menopause. Also, some illnesses mostly associated with women, such as breast cancer, are considered less disabling than those that affect men, which can result in a denial of compensation.

In Gould v. Wright Tree Service, Inc., a worker filled up a chainsaw with gasoline and gasoline spilled on his shirt as he handed it to the foreman. The foreman told the worker that he could take a short break until he was done, and then they could walk back to the truck together to get a new shirt. While waiting, the worker lit a cigarette, set his shirt on fire, and suffered significant burns. The company did allow smoking on breaks.

The court concluded that the worker’s actions were causally connected to his job, and he was working at the time of his injury, so his injuries were compensable.

The Michigan Supreme Court has ruled that General Motors Co. can offset a retired employee’s workers’ compensation benefits with Social Security disability insurance benefits despite the timing of a collective bargaining agreement between automakers and the UAW. Arbuckle v General Motors LLC

A worker injured her back moving heavy paper products while working at a Potlatch Corp. manufacturing facility. After undergoing surgery that did not completely resolve the problem, she entered into a settlement agreement that excluded future reasonable and necessary medical treatment. She returned to school and worked as a medical secretary, but the lower back pain worsened and she was diagnosed with “major depressive disorder.” Ten years after her settlement, she sought additional benefits.

The state Supreme Court reversed lower courts, which had found the settlement didn’t bar a claim for chronic pain and related depression. The Supreme Court held that a workers’ compensation settlement agreement may close out not only the injury that was the subject of the agreement, but also conditions and complications arising out of the injury; it is not necessary that the condition or complication be specifically referenced in the settlement agreement. Ryan v. Potlatch Corp.

Prankster burned over 45% of body not entitled to benefits – Missouri

A worker who burned himself and suffered substantial injuries after he intentionally lit a can of industrial adhesive on fire to startle a co-worker is not entitled to workers’ comp benefits. In Hedrick v Big O-Tires, the Commission found that the injury did not arise from a risk associated with employment, although it was recognized that the employer allowed horseplay. The Commission noted that the innocent co-worker who was burned was entitled to benefits because his injuries arose from an unprovoked and neutral assault.

For an accidental injury to be compensable, the accident has to be the prevailing factor. A worker, with a long history of heart problems, suffered a serious hypertensive condition at work after an altercation. He was unconscious for one week, and doctors who examined him found no signs of trauma, other than a bruised knee. The incident possibly triggered underlying factors or added stress that caused the heart failure.

The employer’s physician argued that the preexisting health problems were the main factors in the hypertensive crisis, but the report was discarded because of erroneous facts. The worker’s physician cited the altercation, but the language was considered too vague to be evidence that the incident was the prevailing factor, thus lower courts found in favor of the employer.

The state supreme court overruled, noting no court had ever followed up with the doctor to ask what he meant, so it was not fair to base decisions on the fact that the report was too vague. The unexpected stress, both emotional and physical, was the greater factor at play here. Malam v Department of Corrections, 2016 Mo. Lexis 210 (Mo 2016) (June 28, 2016)

In Maradiaga v. Specialty Finishing, a worker who twisted her ankle when she took a step after exiting her vehicle in the employer’s parking lot, was not entitled to benefits because the activity was not a risk of the worker’s employment. The positional risk doctrine did not apply.

Despite state law, a divided Supreme Court overruled lower courts and found a worker who slipped and fell in her employer’s icy parking lot before clocking in is entitled to benefits. The court found she was in the course and scope of her employment when she fell since “her actions at the time of her injury were related to and in furtherance of the business of (Oklahoma State University), and (she) was on the premises of her employer when she fell. The state law that excludes compensability for injuries “occurring in a parking lot or other common area adjacent to an employer’s place of business before the employee clocks in or otherwise begins work for the employer” did not apply because her employer admitted that she was on university property at the time of her accident.

Dual capacity not an exception to exclusive remedy – Pennsylvania

In Zachary Neidert v. Albert Charlie, III, the employee managed a pub owned by a corporation with a sole stockholder who also owned the building. The employee was in the course of employment when injured, was paid workers’ compensation benefits and settled for a lump sum payment. However, the worker contended the dual capacity doctrine applied, but the courts found the owner of the pub was the actual operator of the pub, despite corporate ownership and, therefore, entitled to immunity as an employer and co-employee.

A just-hired financial adviser for Citigroup fell and injured his back at a company-related event. He received salary continuation benefits and later, long-term disability. While he saw several doctors, he did not follow through on his treatment plan and the long-term disability was terminated. He appealed the decision and the district court found in favor of Citigroup; however, the 3rd U.S. Circuit Court of Appeals argued that the decision should not be based on appropriate treatment, but whether it was “arbitrary and capricious” to conclude that the medical information provided did not support the claim that the worker could no longer perform full-time work.

A registered nurse injured himself at a long-term acute care hospital operated by Corinth Investor Holdings L.L.C., a workers’ compensation nonsubscriber that maintains an employee injury benefit plan. That plan includes arbitration provisions, which participants can revoke by notifying Corinth in writing by certified mail and requesting a return receipt. However, provisions state that the agreement cannot be revoked after benefits, such as the payment of medical expenses, have been received. When the injured employee ,who had received benefits, filed a lawsuit alleging unsafe working practices, the company filed a motion to compel arbitration. After a series of appeals, the 5th District Court of Appeals in Dallas reversed and remanded the case, directing the District Court to grant Corinth’s motion to compel arbitration.

A Texas railroad worker, who claims he was bitten by a mosquito carrying West Nile virus while performing his job, can’t hold the railroad liable for not protecting him, said a divided state Supreme Court. The court noted the “ferae naturae” doctrine, which frees property owners of liability due to harm caused by native animals that are on their property, and mosquitoes, indigenous to the state of Texas, are prevalent in South Texas, where the worker was employed.

The Utah Industrial Commission is proposing that an emergency rule change be used to retract the regulation of attorney fees for workers’ compensation cases by state lawmakers. This move comes on the heels of the state Supreme Court’s unanimous ruling in May that the “separation-of-powers doctrine” doesn’t permit state lawmakers to regulate attorney fees, deeming it unconstitutional. The notice of emergency rule is intended to annul Regulation 602-2-4, the rule that implements the statute of paying attorney fees and costs.